Why storage is cool (stick with us on this one) 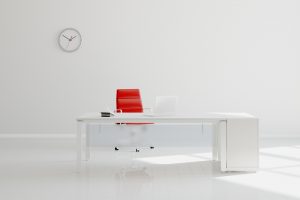 Just ask The Minimalists, Joshua Fields Millburn and Ryan Nicodemus. Joshua was leading an outwardly successful but ultimately unfulfilling life as a corporate executive when he discovered that what he needed was not more but less.

He soon converted best mate Ryan to his way of thinking. Ryan took a pretty drastic approach to his conversion. He packed up literally all his belongings as if he were moving house, draping dust sheets over big items like furniture. The deal was this: each day he would unpack or uncover only that which he genuinely needed. At the end of 21 days he would throw the rest away.

Just let that sink in for a moment.

Crazy, right? But the pair now have 4 million people regularly reading their blog, and they’ve been featured everywhere from the New York Times to the Wall Street Journal.

Japanese decluttering expert Marie Kondo takes a slightly different approach in her book The life-changing magic of tidying up. Although the first two thirds is likewise dedicated to divesting oneself of earthly possessions, her rather charming method involves keeping only those things which ‘spark joy’.

It’s all very inspiring, but not necessarily as easy to apply to an office setting as it is at home. After all, while toner cartridges and A4 envelopes don’t spark huge amounts of joy in most people, they’re pretty essential in the workplace.

What you can do, however, is get rid of some of that excess paperwork. Those musty smelling box files full of forms and letters and reports that haven’t seen the light of day since perms were in fashion are neither joyful nor essential, and are in fact costing you rather a lot of money in rent.

If you’re worried you might need them one day, get them scanned or at least store the originals offsite to create a more Zen-like atmosphere in your own office.

Ideally though, chuck them. Actually don’t chuck them, get them securely destroyed (you don’t want confidential information showing up in the papers or on a competitor’s desk, do you?).

We can help with all of the above, so get in touch today and we can chat about the best options for your business.

Just don’t expect us to help you clear out the kitchen fridge. We don’t do mouldy sandwiches.