You’ll never guess what we scanned the other day… 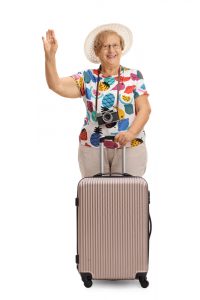 We’re the first to admit that the document scanning and storage industry is hardly awash with high drama. It’s unlikely, in the course of any given day, that we’re likely to find ourselves facing anything more interesting* than several dozen boxes of customer survey forms, or a back office laden with technical drawings.

But just occasionally, a job comes in that we’d even risk turning into an anecdote at a dinner party without fear that we wouldn’t be invited back again. This is one such job…

“Do you do scanning in a different language?”

The enquiry came in via the website. A lady said she needed some documents scanned – and she needed them done fast. No problem, we thought, we can do fast. So we gave her a ring to find out more.

Our prospective client was pleased to hear from us, as she had a question of her own: “Do you do scanning in a different language?”

We scratched our heads for a moment. “Well, we could probably use OCR – that’s optical character recognition – and…”

No, no, she interrupted, that’s not what she meant. She just wondered if we’d scan foreign documents.

Well, as it happens we’ll quite happily scan the entire works of Shakespeare in Klingon if you should so wish, so it was agreed that we would go ahead with the job.

As always, we offered to collect the documents, but she declined: “I can bring them in, dear. Only, would you be able to collect me from the train station?”

How could we refuse?

Miss Marple and the mysterious suitcase

The next day saw us helping one very sprightly 85-year-old lady and one enormous – and very heavy – suitcase off the train at Bridgwater.

It wasn’t until we were back at the office that we finally got a glimpse of its treasures: ancient Tibetan manuscripts dating back to the 1500s.

Turns out, our client was heading to China to deliver a lecture on Tibetan religion, and had evidently (and rather sensibly) decided that hauling these precious tomes half way around the world in an airplane cargo hold wasn’t a sensible move.

Luckily, our Book Eye Pro 4 book scanner holds books carefully in a specially designed V-plate to keep the spines from being damaged, and then uses inbuilt software to flatten out the images and remove what we lovingly refer to as the ‘buttock crease’ (we tend not to actually call it this in front of our clients).

Anyway, our 85-year-old historian was thrilled to be presented with her manuscripts, now condensed into a USB stick that would barely make a dent on her travel allowance. She duly headed off and, presumably, brought the house down with her well-researched lecture.

So you see, we do have the odd Indiana Jones moment here at Scan Film or Store. Just without the bad guys. And the snakes. And the hat…

(*It should be pointed out that we do, in fact, find these things quite interesting. It’s just that we don’t think many other people would feel the same way. Which is as it should be really.)

Got something interesting for us to scan? Get in touch with us today – we can’t wait to find out what it is!