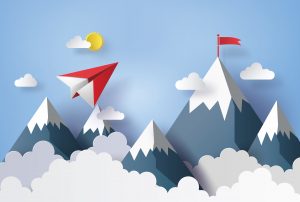 Paper. It’s pretty simple, as technology goes. Sure, you can get it in different sizes and colours and textures, with lines or without, sturdy or flimsy enough to see through. But essentially, it’s bits of flat stuff that you can write or draw on. Not especially complex.

And yet it’s so important. Even in these digital days, as we try and reduce the number of trees we need to cut down, we still use 12.5 million tonnes of paper and cardboard every year. Without it, we wouldn’t have magazines and till receipts and books and toilet paper (perish the thought!).

So how much do you actually know about this stuff that you probably use every day? We’re willing to put good money on the fact that you’ll learn at least one thing from this blog post. Which, at the very least, will stand you in good stead next time you’re at a pub quiz.

1) Paper is thought to have been invented around 100AD by the Chinese, although it was supposedly kept secret for a number of years. The Chinese are also credited with the first paper currency and the first toilet paper.

2) The English word paper is derived from papyrus, a material which predates paper and was originally used in Egypt thousands of years BC.

3) The first newspaper was printed in Venice in 1556. The monthly publication was available to buy for one Venetian coin called a gazetta, hence the word gazette can now be used to refer to a newspaper.

*As authenticated by Guinness World Records!

4) The furthest a paper aeroplane has flown is 69.14m. The plane was made using just one sheet of A4 paper, and was designed by John M Collins and launched by Jo Ayoob in North Highland, California in 2012.

5) The largest building made entirely from paper was 6.4m tall, with a base that measured 15.2m by 17.9m. It was constructed in the form of a traditional Thai house and manufactured using nothing but corrugated paper by Kwag Hua Industries, who unveiled it in Bangkok in October 2003.

6) The biggest roll of toilet paper ever made was 2.97m in diameter and stood 2.59m high. It was made in August 2011 by Charmin in Cincinnati, Ohio, USA, and was later sent to a Ripley’s Believe It or Not! Museum.

7) It is possible to do a degree in Paper Science. If you’re interested in analysing the factors that influence pore size distribution or modelling shrinkage during manufacture, this is definitely the course for you. Probably don’t try and explain your choice down the pub though.

8) The average person in the UK gets through 38kg of newspapers a year. Most of which is probably due to excessive consumption of fish and chips (we may have made this last bit up).

9) The amount of paper used in the UK each year takes the equivalent of a woodland the size of Wales to make. Which is a great reason for working towards a paperless office.

10) The average office worker uses around 10,000 sheets of photocopy paper every year, according to Xerox. That’s the equivalent of four boxes, which works out to about £50. Multiply that across your entire company and you can see where the cost saving potential lies!

11) A standard three drawer filing cabinet, which takes up around 4 square foot of office space, can hold around 9,000 sheets of paper. According to a report from PriceWaterhouseCoopers, the costs associated with buying the cabinet and maintaining the space add up to about £1,500 a year.

12) There is way more to measuring quantities of paper than you’d imagine. For example, 25 sheets of paper = one quire. 20 quires = one ream. Two reams = one bundle. And five bundles = one bale. Try asking your stationery supplier how much a quire of A4 costs next time they ring – that should stump them!

So, there we go. Consider yourself well and truly informed about paper.

If you’d like any help tackling your own paper related issues, whether you could use some extra storage, want to explore the idea of going digital, or need to securely destroy sensitive documents, do get in touch.