Way out ways to go green this World Environment Day 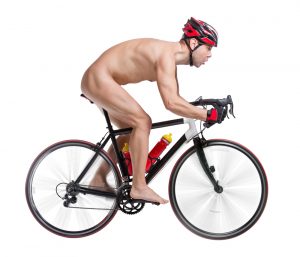 There’s no doubt that the human race doesn’t have an especially good track record when it comes to taking care of this planet we call home. We use too much electricity and water, cut down too many trees, cause too much pollution – it’s not on, really.

But it’s never too late to make more of an effort to go green. And we don’t just mean by using a Bag for Life and sticking our vegetable peelings on the compost heap. The situation has got a bit more serious than that.

It’s time for something a little more extreme. And what better day to start than today, World Environment Day? Here are a few of our best suggestions.

Who needs clothes, right? Manufacturing them uses loads of energy and often chemicals that cause pollution. Washing them uses energy too, and water. And then when you’re done with them, they sit in landfills causing more pollution and taking forever to break down. The simplest solution is definitely to ditch the clothes and embrace your eco-friendly birthday suit.

The moderate alternative: Buy clothes made from organic and sustainable fabrics such as bamboo wherever possible, and wash on a 30C cycle.

Whip up a batch of snails

Next time you’re out in the garden and you see a snail munching on your prize cabbages or your favourite hostas, get your revenge. Stick them in a pot and have them for tea! After all, the negative environmental impact of eating meat is well documented, in terms of water and energy use and also pollution. So what better way to get your RDA of protein and save your garden too? [Editor’s note: Actually, probably best to check they’re not poisonous first, ok?]

The moderate alternative: Actually oysters, mussels and clams will do just as well – they’re some of the most eco-friendly sources of animal protein around and a degree or two less icky.

Chuck out the photocopier

Did you know that the average office worker uses 10,000 sheets of paper a year? That’s madness! And what’s the bet most of it is wasted on things that don’t really need to be printed or photocopied. There’s only one thing to do. It may be harsh but the photocopiers and printers need to go. If someone has to make a facsimile of something they can write it out by hand. That should make them think twice about whether they really need it.

The moderate alternative: Default the printer and copier to double sided, monitor individual usage so you can see where people are being wasteful, and store documents digitally so they can be shared without the need for making copies*.

Ditch the take away coffees

Hahaha, only joking! How would we survive?! Those disposable cups really aren’t good for the environment thought, so…

The moderate alternative: Get yourself a travel mug and next time you fill up, ask the barista to stick your half fat soy mochachino in there instead.

You’re supposed to change your toothbrush roughly every three months, right? So that’s four little sticks of plastic you’ll be throwing away every year. Multiply that by the number of people in the UK (that’ll be over 65 million) and you can see that this whole oral hygiene habit we’ve got going on just isn’t sustainable.

The moderate alternative: Buy one of these eco-friendly bamboo toothbrushes instead – they even come in a fetching rainbow colourway!

*If you’re thinking about going paperless and want to talk to someone about how digital archiving works, give us a call today and we’ll be happy to chat through your individual situation.