Why shredding isn’t enough – and what the alternatives are 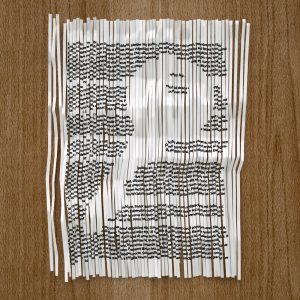 Data security is a pretty important subject, as we think you’ll agree. Whether it’s personal bank details or highly classified company secrets, letting certain documents fall into the wrong hands is a very bad idea. At best, you’re left looking a bit stupid, at worst a breach like that could cost you millions.

“Yes, yes,” we hear you say. “We haven’t been living under a rock. We KNOW you can’t just chuck sensitive paperwork in the bin. But it’s all ok because we have (adopt reverent tone)… a shredder.”

Ah, the humble shredder. Such a fun office toy. There’s something mesmerising about feeding the tiny plastic beast with its chomping metal teeth and its mechanical growl. It’s like having a guard dog, in a way – you keep it supplied with enough paper and away from rogue staples, and in return it makes sure that no one gets their hands on your data.

Except we’re sorry to say that a shredder is about as effective a guard dog as an overly friendly beagle.

Don’t get us wrong, shredding is a good start. Definitely better than bundling up your top secret documents and sending them first class to your local tabloid newspaper. But a standard high street shredder simply spits out relatively wide strips of paper. Which, given enough time, concentration and patience, someone with nimble fingers could stick back together. We’ve seen it on enough episodes of CSI.

So, is there an alternative? Why yes, as it happens, there is.

Professional shredding – by which we mean shredding that is certified to BS15713:2009 standards, as ours is – does a completely irreversible job.

We start by cross shredding the paper so that its reduced to confetti rather than strips. And then, just to be sure, we pulp it so there really is no way anyone could read it. That pulp is then used in the manufacture of soft tissue products, so it’s green too, which makes us happy.

Bringing out the big guns

Of course, there are other physical items you might need to destroy which are’t made of paper. Things like microfilm and microfiche. These are definitely not shreddable – the whole point is that the images they contain are super tiny, so at best a shredder might cut one in half. Which means you’ll still be able to see the pictures or read the words they contain.

Instead what we do with microfiche and microfilm is incinerate it. This process is distinctly more complex than sticking it on a bonfire in the parking lot. Microfilm incineration is definitely something you want to leave to the professionals.

CDs and DVDs do get shredded, but obviously not with a standard paper shredder. Ours reduces the discs to small and entirely unreadable fragments that can then be recycled.

And then there’s magnetic computer tape – the kind you get in back up tapes – which we can either shred, incinerate or degauss. No, we’re not sneezing; degaussing is a process that removes the magnetic charge from a tape so you can’t read it any more. It got its name from the word gauss, which is a unit of magnetism that in turn was named after a German mathematician. Every day’s a school day!

So there you go – lots of ways to destroy stuff so you can’t stick it back together. We’re not suggesting you send us every scrap of paper you no longer need. But if you don’t want anyone to get hold of it – or by law you need to ensure it’s kept confidential – then do give us a shout so we can make sure that destroyed really means destroyed.